Warning: A non-numeric value encountered in /home/medicser/public_html/wp-content/themes/Divi/functions.php on line 5760

Choosing the right training for your company can be confusing, that’s why we offer FREE CONSULTATION, ensuring you get the right course for the right price.

We at Medic Services International pride ourselves on offering bespoke training packages for a variety of industry sectors such as Construction, Telecommunications, Local Government, Education, Military, Police , Arborists, Oil and Gas, Transport / Haulage, Automobile Engineering, Windfarms, and the Security Sector

One of our many specialties is providing is providing remote areas first aid  training to companies who work in hazardous areas around the globe , no matter what conditions you work in , mountainous regions to the desert we can provide training for you onsite where you are so your staff a fully prepared for any emergency.

So, whatever your needs, we have the right courses and trainers for you.

Our trainers are all NUCO accredited and have relevant experience in Remote Areas Medical Support and Health & Safety Training from the civilian sector and the military. Some of our instructors have taught with The Royal Navy and have experience working overseas as Remote Area Medics, bringing back real life experiences to pass on to our delegates.

Our courses can be conducted on your companies premises, thereby cutting down on disruption to your company’s working day and also your costs. 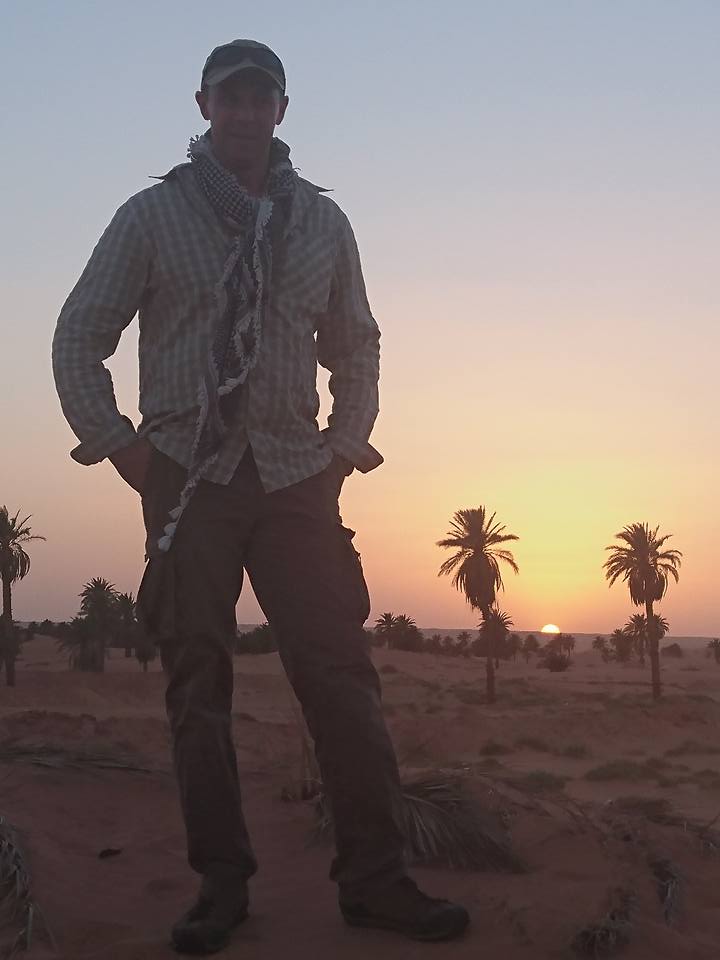 Following years of experience as a First Aid Instructor, Remote Areas Medic, and Health & Safety Training Consultant in both central government, the Royal Navy and various private companies, Julian founded Medic Services International in order to supply high-quality training at affordable prices to all that needed it.

Julian was the sea trials medic in the UK for the highly successful Shackleton Epic Expedition in 2012/2013 lead by explorers Seb Coulthard and Tim Jarvis AM , provided remote areas medical support in Jordan in 2017 for the expedition Following In The Footsteps Of Lawrence Of Arabia and more recently provided First Aid At Sea Training for the Atlantic Mavericks Rowing Team for the their epic crossing of the Atlantic Ocean from la Gomera to Antigua in January 2020.

Additionally Julian was a medic / crewman on a Search And Rescue helicopter for the 2014 Abu Dhabi Desert Challenge.

Julian is a highly experienced health and safety training consultant who has extensive UK and Middle East experience in delivering and developing training to a high standard, tailoring it to the clients specific needs.

He has a wealth of experience in conducting health and safety training and remote areas medical cover in hostile environments such as desert, mountains, conflict zones for expeditions, Governments, oil and gas, construction, specialist security teams, telecommunications, film and TV companies.

About Rugby for Heroes

The Old Leamingtonians RFC Rugby for Heroes Festival is an annual Charity Rugby and Music Festival set up in 2009 to raise funds for a number of major Armed Forces charities and a local not for profit cause, 353. Since the first festival was held, the event has gone from strength to strength with over £78,000 raised so far for Help for Heroes and many other good causes supporting our servicemen and women, and their families. We have also added additional fundraising event to our calendar, and in 2012 held our first ever Rugby for Heroes Charity Ball.

OLRFC Rugby for Heroes is not a charity in its own right. At its heart is an energetic weekend fundraiser and celebration of rugby, music, our Armed Forces and those men and women of the West Midlands who have fallen in Iraq and Afghanistan (and other conflicts). All profits generated from the Festival and other supporting events are donated to the registered charities supported. It is organised and run by Old Leamingtonians RFC, a community rugby club founded in 1931.

Why do they do this?

The first Festival was held following the loss of Stratford Paratrooper, Private Joe Whittaker, who was killed in action in Helmand Province, Afghanistan, on 24th June 2008. Joe was a very accomplished sportsman and was a member of a number of sporting clubs in Stratford upon Avon, alongside his service in the Parachute Regiment’s 4th Battalion, a Territorial Army unit. It prompted us to ask the question about what we, as a sporting community club, could do to support our Armed Forces and raise funds in support of the wounded soldiers returning in increasing numbers, as well as bereaved families.

The Festival and its efforts to drive increased fundraising levels was given extra impetus following the increasing casualty numbers and, on Feb 9th 2011, the loss of Claverdon Paratrooper, Private Conrad Lewis.  Conrad was killed in action alongside his comrade Private Lewis Hendry in what was described as one of the most ‘under fire’ patrol bases in Helmand. Conrad earned a Mention in Despatches for his service and for his teamwork and support for his comrades.

The Festival and supporting events are organised by a dedicated team of volunteers , who all have full time careers, and who come from a wide variety of backgrounds and disciplines. Some of the team have served ‘Queen and Country’ whilst many of the other volunteers have diverse business backgrounds which are put to good use in organising these events.  Old Leamingtonians RFC has provided outstanding support and its club members have vigorously backed the Festival by volunteering, playing rugby and manning the Festival stalls and catering spots over the weekend.

The Festival not only raises much needed funds for Armed Forces charities, but also supports other local voluntary organisations to raise their profile. The Festival purchases all of its food and drink supplies and marketing activity with independent businesses locally and makes an important contribution to the local economy.

It is a person. It is inspired by Conrad Lewis. Who became one of the brothers of 3 Para. Who became wiser, stronger and prouder. Who became the 353rd soldier in the theatre of Afghanistan to give up everything for what he believed in.

On February the 9th 2011, our son Private Conrad Lewis became the 353rd British soldier to be killed in Afghanistan. Conrad lived his life to the full and fulfilled everything he wanted to do, including his last wish of fighting with his brothers in war torn Afghanistan. 353 is in memory and celebration of a rich and happy life. But 353 is not a full stop. It is a new beginning…

353 is a charitable trust with the aim of helping members of the military community by delivering long-term support to a variety of charities, soldiers and their families. We will also guide and support mourning families who want to raise money for charities in the name of the person they have lost.

To make as big a difference as possible, our ultimate mission is to become a recognised force for good worldwide through partnerships with other organisations. This will enable us to achieve our objective of providing a career and income within 353 for those affected by military conflict. Over time, we will offer a range of high quality items covering everything from fashion to travel to jewellery.

353 is a challenge, but with your help we will make it…